I got an early start to the day with my only goal being to find the famous Piazza Navona, an extremely popular tourist destination that was built in 1st century AD (it was also featured in the movie Angels & Demons)!
Since I kind of, sort of, gave up on my map-reading abilities, I decided to look for landmarks to guide me along the way. Bernini’s Triton Fountain would serve as a great landmark to start my day. 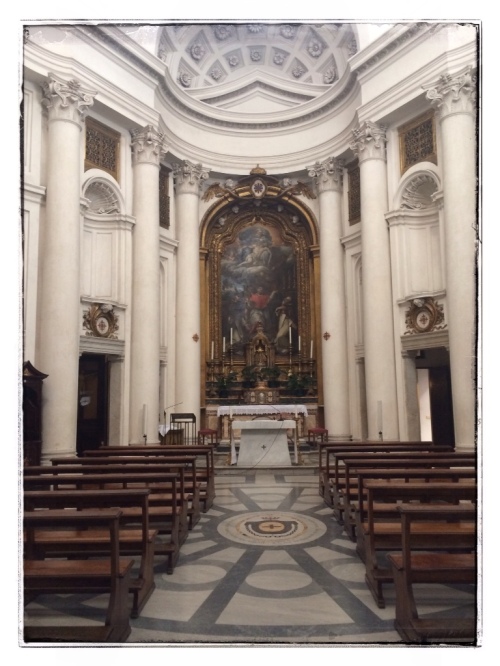 Early in the morning I came across this tiny little church hidden away on a side street. I crave experiences like this, finding beautiful little secrets off the beaten path. I had no idea what was behind the wooden doors (it didn’t look like a church), but it was nice little retreat to come across.

I also discovered (well, not really discovered, but you get the point) Palazzo Barberini, a palace that was built in 1549. I still can’t comprehend that all of this was built hundreds of years ago, the pictures I took on this trip don’t do any justice to what my eyes saw. I walked around the grounds for a bit, checked out the gardens, the statue at the back of the grounds (I still don’t know the significance of the statue, but I’ll have to Google it!), and continued on to find the Triton Fountain. 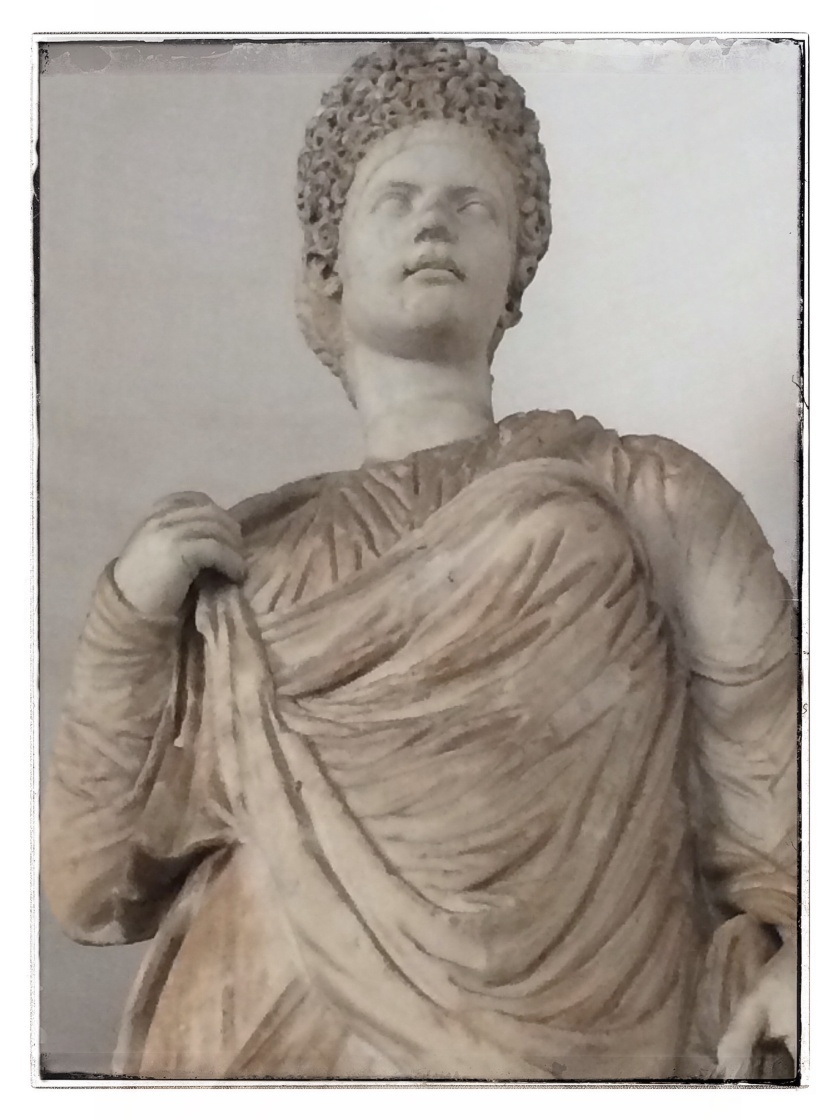 I’m glad that the Romans have an evident appreciation for curly hair! 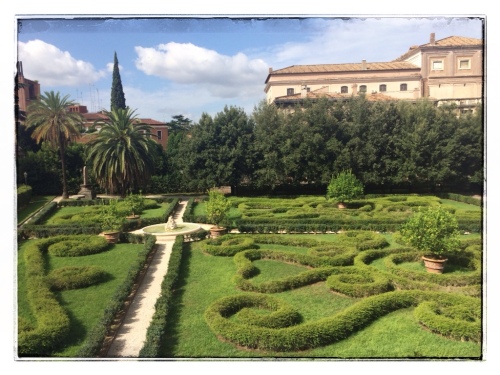 The beautiful garden found at the back of Palazzo Barberini

Finally, I arrived at my first destination of the day! Triton Fountain! There wasn’t anywhere to sit and enjoy the beauty of this fountain, so I stood around for a bit, took a few pictures and continued on my way. 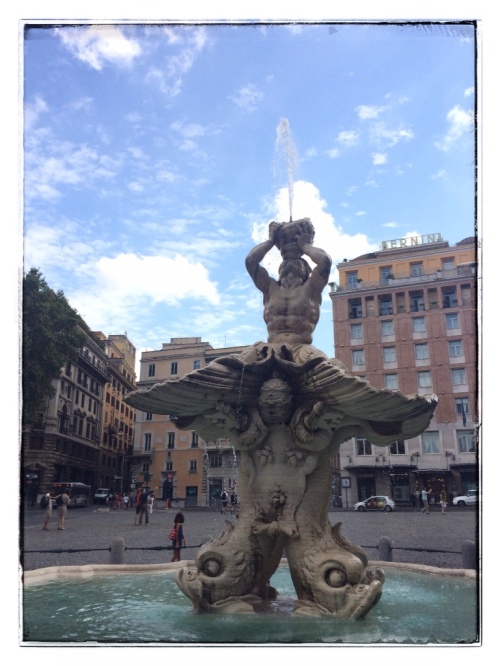 Just so you know, the Pantheon was never on my travel check-list. Once I saw the Colosseum I was pretty much open to exploring the city and coming across whatever it was that I came across. When I stepped into the piazza where the Pantheon was located there was music playing, the weather was nice and it was a good excuse to sit down for a bit. So that’s exactly what I did (it’s a perfect place to people watch).

Finally made it to Piazza Navona, and spent a few hours here. I did not buy into any of the “tourist-y” activities going on (live sketches, over-priced merchandise, over-priced food), but I sat down by the fountain and just enjoyed my time spent there. There are also tons of places to eat if you head into any of the side streets leading away from the piazza. Save your money and try one of these places instead. I heard that prices can increase just for sitting on the outside of a restaurant rather than inside. 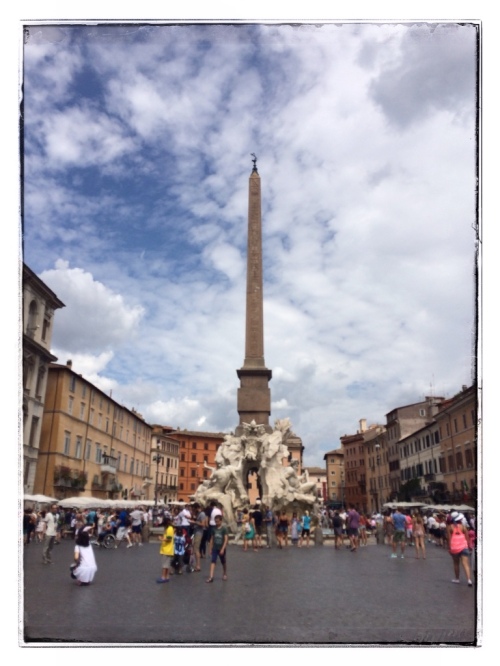 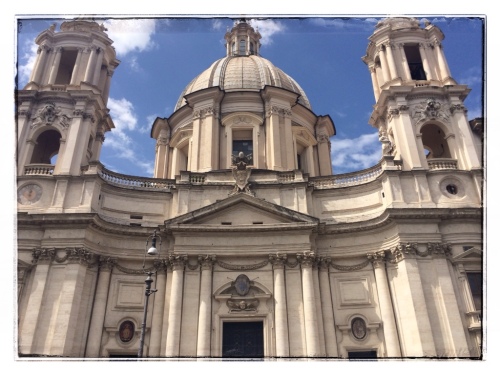 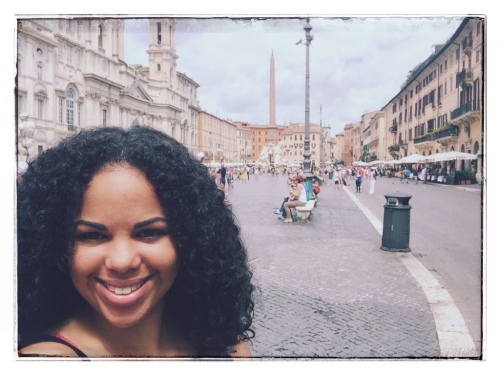 See what I did here? Let me know if you can figure it out 😉

Ok, so here’s where I got seriously lost. I was so lost, that wherever I ended up didn’t exist on the map my hotel gave me. But it’s all about the experience right? I finally decided to ask for some help and this really nice lady gave me a metro ticket and walked me to the metro stop. This was how I found Piazza del Popolo, and from here I was able to navigate myself in the direction I actually wanted to go.

A friend gave me the suggestion to visit this elusive location. I did have a little bit of difficulty locating it, but it was probably one of the coolest things that I came across that day. And by the way, this is actually a terrible picture.

Note: if you are heading to Aventine Hill, bring an actual DSLR if you want to capture the beautiful scene you see through the keyhole. An iPhone will not work (as you can see). That is all I’m going to say about that!

Ok, so I lied. The famous Mouth of Truth was on my to-do list in Rome, unfortunately by time I found it (it was difficult to find), the church was closed. And I didn’t have time to come back again the next day, so a picture would have to do for now. The legend goes that if you put your hand into the mouth of the marble face and told a lie the mouth would close up. My hands are safe for now! 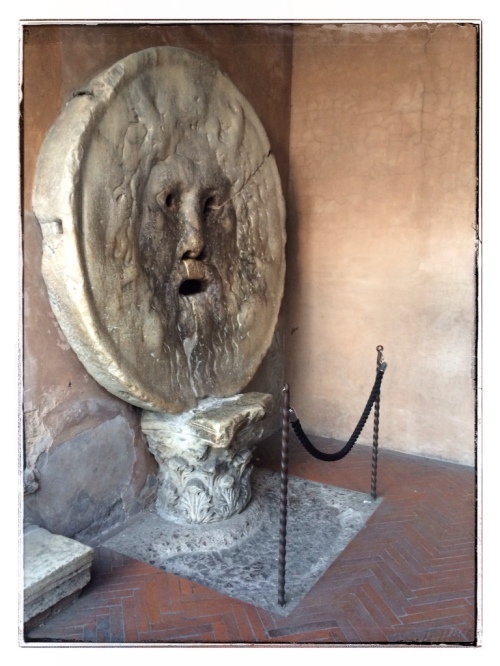 By the end of day two I was too tired to even look for dinner (lunch was filling enough anyways). Before I fell asleep for the night I decided that I would take it easy the following day, especially as I would be joining my Contiki trip in the evening. 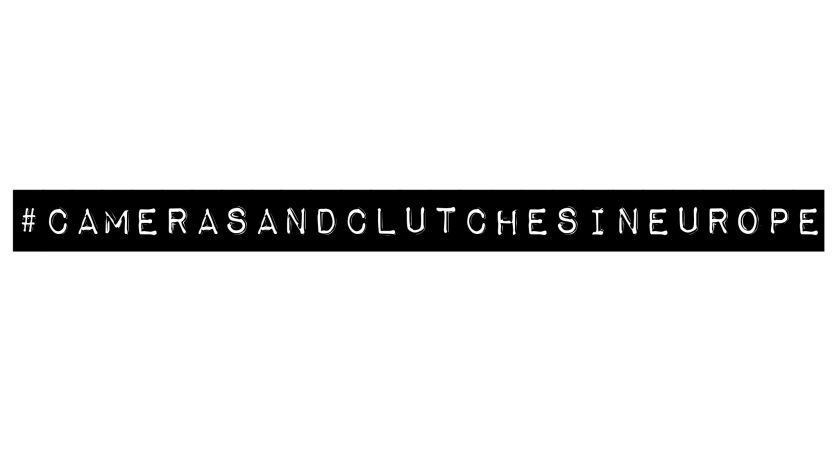