I had never been to Europe before I took this trip. Yet, I had been travelling the world since I was a mere babe and it took 25 years to eventually get to Europe. I made a promise to myself last year when I turned 25 on October 25th; I told myself that this would be a year that I would never forget.

I took an overnight flight from Toronto to arrive in Rome mid-Friday morning. A weekend in Rome? Yes please!!

Side note: Pearson Airport has undergone a lot of changes since I was there last year.  I was a very happy girl relaxing in that tech-savvy world of ready-to-use iPad stations and there was even a Best Buy vending machine too!

Anyways fast-forward through a nine hour flight (ha! I wish) and I was glad to have a few days to myself before I started my tour with Contiki (more about this later). It would give me a chance to enjoy the city at my own pace and on my own time.

I had a driver pick me up from the airport (yes he was actually holding a sign with my name on it!) *insert movie-star-moment feeling here*. And for a moment I actually thought this was the car he was leading me to…

Cute…but would it fit all my luggage? Luckily it was the van behind this car that would be bringing me into Roma. 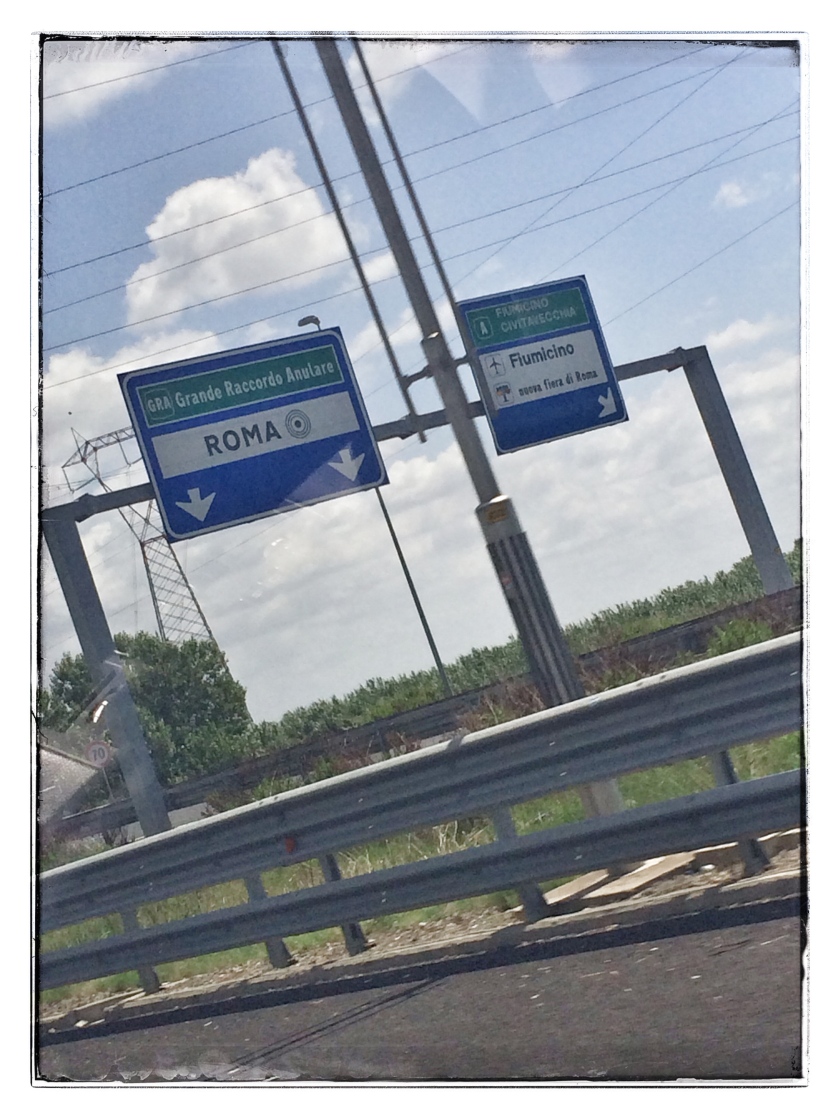 Off to Roma we go! 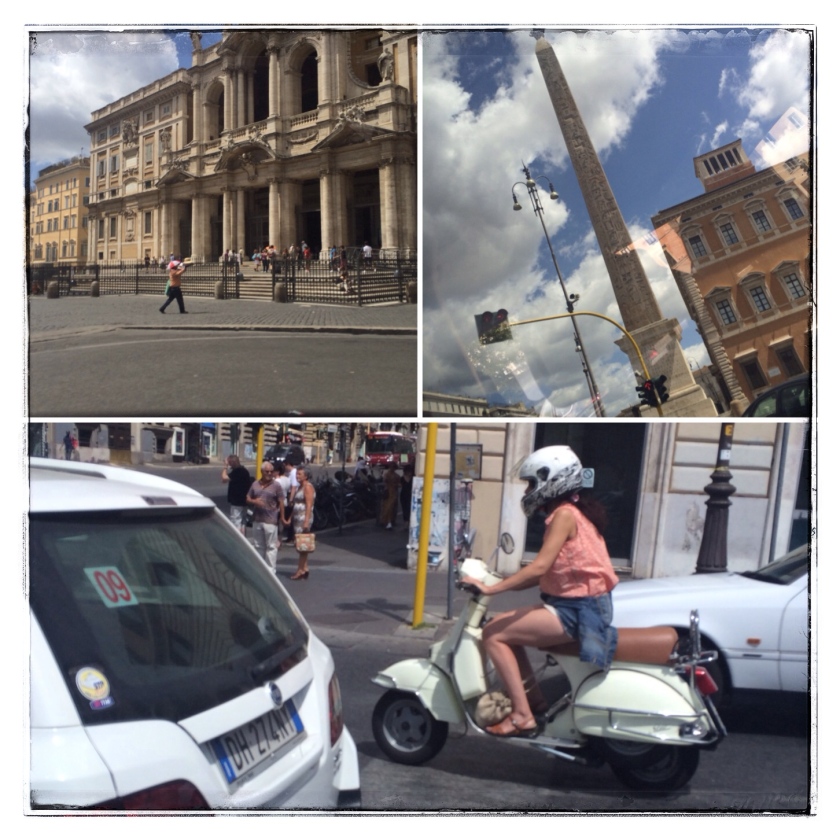 Some of the first things that I saw when arrived in Rome. The Vespa seemed a bit cliche no? But I’m glad I saw it.

You may think this is silly, but I had a mental checklist of all the things I wanted to do or accomplish while I was in Europe. Have a gelato in Rome? Check!

The first thing I ate in Roma…naturally.

Look at all of those fresh flavours. Wait. Is that a carrot?

Nella Bella hooked me up with this amazing LONDON bag. It was seriously the best travel companion!

The days leading up to my trip I was getting extremely nervous. Maybe I was a little more excited than nervous, but I was still nervous. I was going to be by myself in a new place where I knew nobody. The great thing about spending time by yourself in a new place where you know absolutely nobody, is that you learn a lot about yourself, very quickly. For example, I got lost trying to find the Colosseum and I just went with the flow.

To get around that day I used a map from time-to-time but eventually I got myself to wherever I needed (or wanted) to go. Let’s just say that reading a map is not my forte. However, noting landmarks and using them as a way to get myself around, that’s something I can do with ease.

I thought I was going to cry when I first saw the Colosseum. It was so beautiful and so strange to think that it is almost 2,000 years old!

There she is in all her glory! And there’s the Colosseum too! 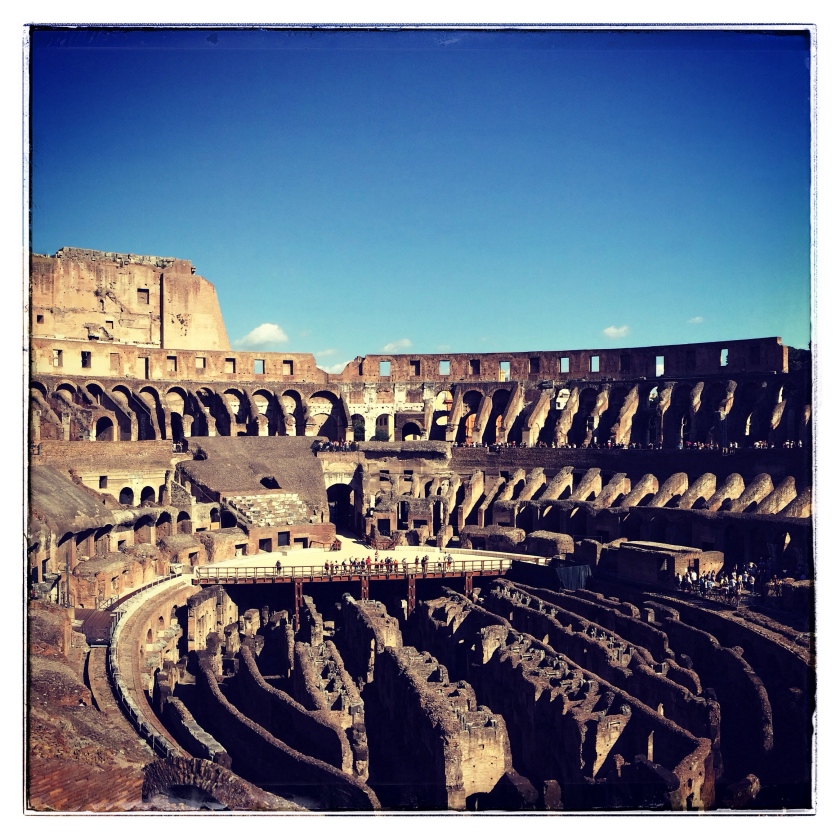 When I first saw these two, my mouth probably dropped to the ground. But eventually I figured it out…sneaky, sneaky. 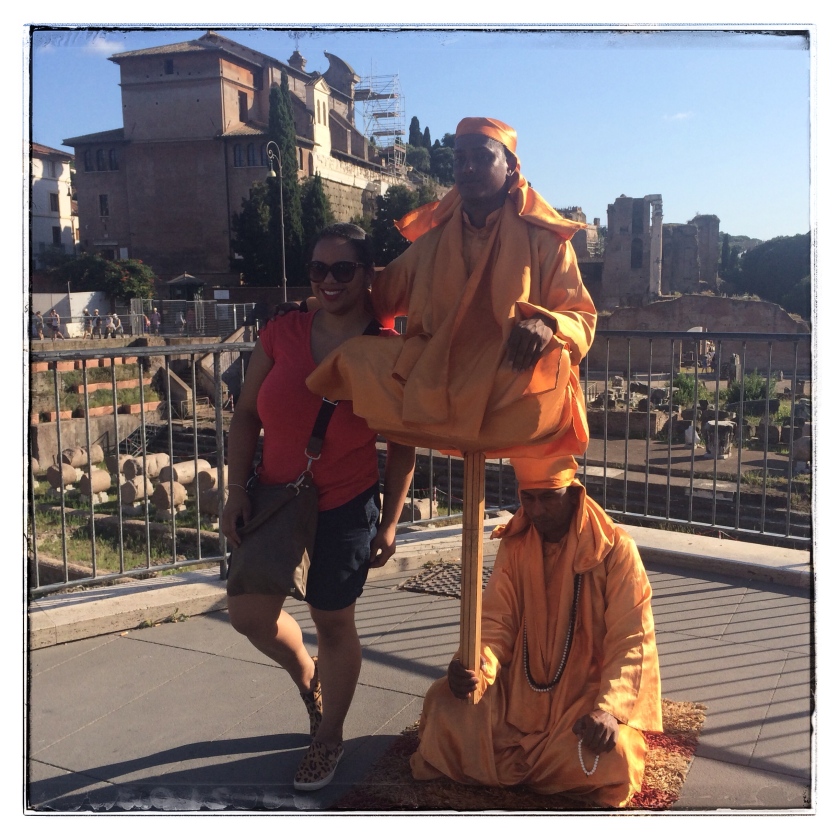 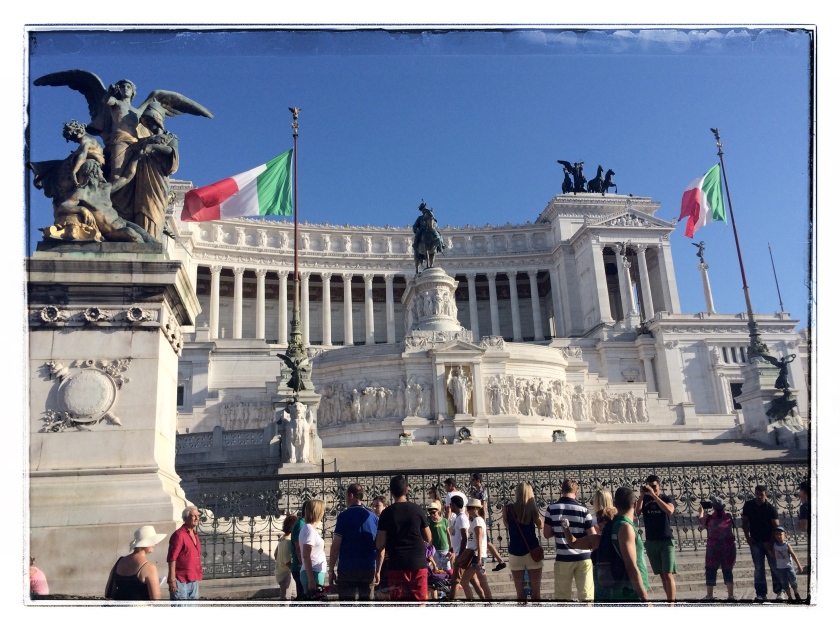 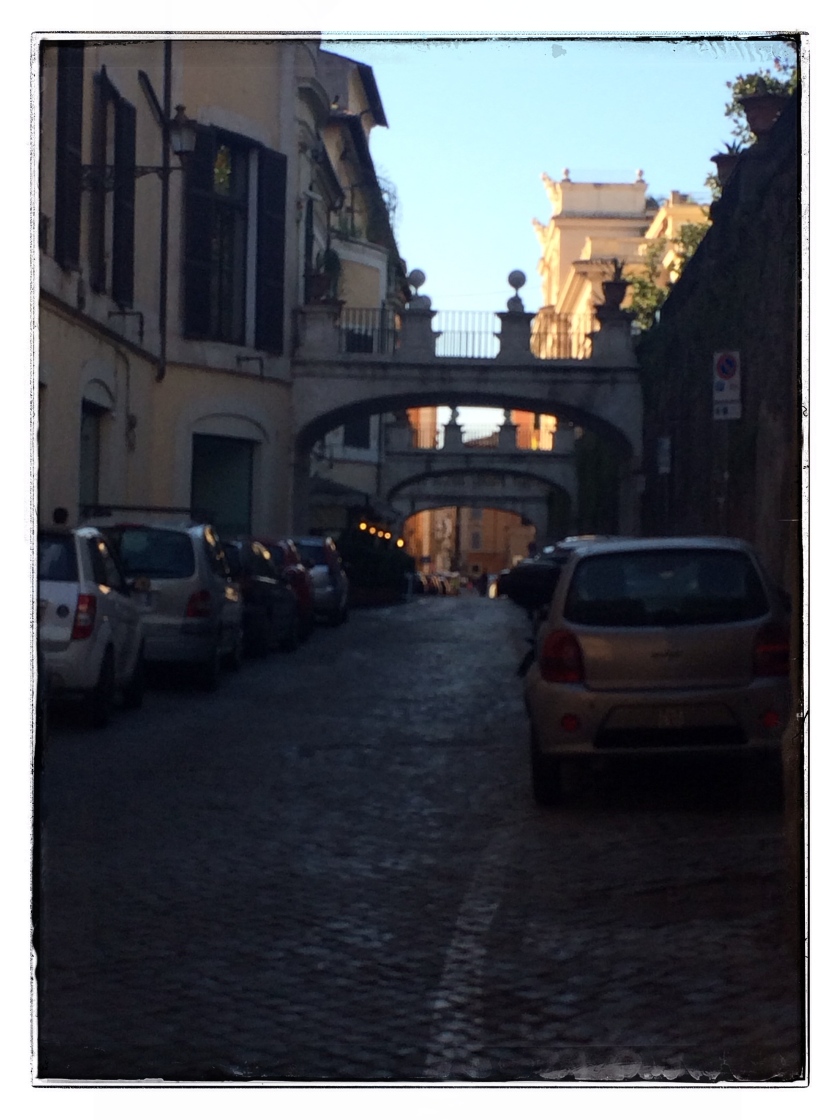 The side street where I found a restaurant for dinner.

(…in Italy…there’s no better way to experience it)

And with that, day one of my Europe adventure came to an end. I was so exhausted but so happy.